The fashion industry is rarely immune to public criticism or controversy. However, our new report “Reputation Malfunction: How digital chatter puts fashion brands at risk” reveals a rise in digital chatter from activists is increasingly going undetected by fashion and luxury companies.

As the term implies, digital chatter is the summation of conversations happening online that take place across the surface and deep web. It includes open or indexed and closed or dark social media groups, such as online forums.

Activists and other agenda-driven groups often use these channels to bring attention to an issue or galvanize others into action. Risks originated or amplified by the digital chatter of certain groups away from a fashion brand’s social media sightline can do serious reputational damage.

Fashion and activism have a long and complicated history. From the civil rights movement to the 2017 Women’s March on Washington, fashion has been used as a powerful communication and protest tool. “Fashion is instant language,” as Miuccia Prada famously said.

The fashion industry now finds itself straddling the line between ally and antagonist as agenda-driven groups use digital chatter to rally their followers on the deep web and then build support from others on the surface web around a common cause. Whether well-intentioned or not, the brand reputation of the company called into question often bears the brunt of that group’s actions.

Agenda-driven groups communicate in closed online communities, often sight unseen from brands. Across closed or dark social media groups and online forums, they spread their rhetoric and organize followers. Communications teams are struggling to keep up with the speed and velocity of digital chatter on the open web, let alone places not indexed by traditional search engines.

According to our recent Communications Leaders Risk Survey, on average, brands monitor 6.4 social media channels. This typically includes platforms such as Facebook, Twitter, Instagram and YouTube; however, they are often not monitoring or even aware of the myriad set of deep and dark web channels where activists communicate and actor groups can amplify risks in a matter of minutes.  Compounding this challenge is the ever-increasing number of people online and the sheer volume of conversations happening seemingly everywhere at once, 24/7/365. That leaves a tremendous blind spot for brands.

Taking a stand comes at a cost

Just as fashion has helped bring about societal and political change, engaging in these issues is charged territory for brands today. Consumers demand more transparency from brands across every industry, but vocalizing a position is anything but cut and dried, especially in the fashion and luxury space.

In fact, according to the USC Annenberg Center for Public Relations 2021 Global Communication Report, the majority of respondents said they expect activist demands on businesses and consumer and employee expectations of businesses' role in society to rise this year. One of the most vocal groups is Gen Z.

Gen Z holds the purse and purpose strings. As the largest segment of the global population (32%), four out of five Gen Z consumers consider social responsibility as very important, while 90% see fashion as having a critical role in assisting with environmental and societal issues, per GfK research. 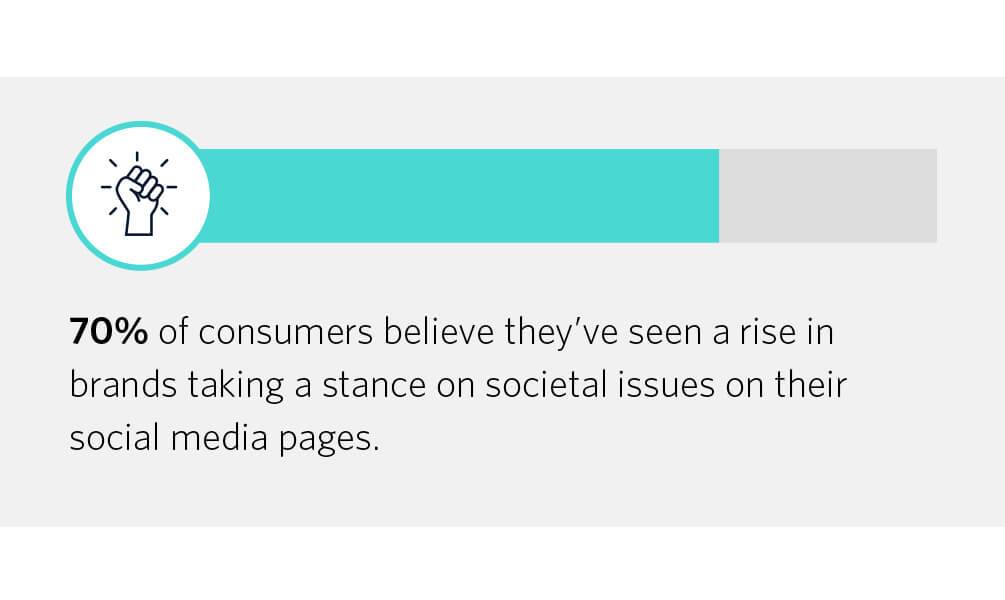 With roots in social discourse, fashion brands have responded to the clarion call from consumers —and consumers have noticed. Seven in 10 claim to have seen a rise in brands taking a stance on societal issues on their social media pages, per our research.

At the same time, ‘talking the talk’ can alienate some consumers. For example, our research shows that nearly a third of consumers (30%) boycotted a brand as a result of a celebrity, influencer or spokesperson associated with that brand taking a stance on a societal issue on social media. “Damned if you do, damned if you don’t” is far from hyperbole.

Sustainability has long been an albatross for fashion and luxury brands. Notable climate activists are calling out fashion for contradictory business practices that don’t meet the company’s own stated standards and practices. Social media plays the perfect incubator for digital chatter to spread and grow unchecked.

For example, a popular dumpster diver exposed one luxury brand for its sustainability practices. She posted several videos to various social channels, showing the brand’s handbags intentionally destroyed and discarded behind its stores. Followers on TikTok and Instagram seized on the story, expressing shock and disgust.

Adding fuel to the fire, another dumpster diver amplified the story with additional videos and targeted other industry brands too. Consumers spread the videos like wildfire, tagging the brands by handle and hashtag. The brands’ own social media pages were flooded with calls to boycott. Reputation suffered as a result as did some company market valuations.

Communications teams aren’t alone in their concerns about the dangers of the deep web and digital chatter. More than three-fourths (77%) of CEOs agree more companies will be targeted by organized groups online intent on damaging their brand in the next year, per our Corporate Leaders Risk Survey. Navigating the delicate relationship between causes and consumers is the latest new normal for fashion brands. 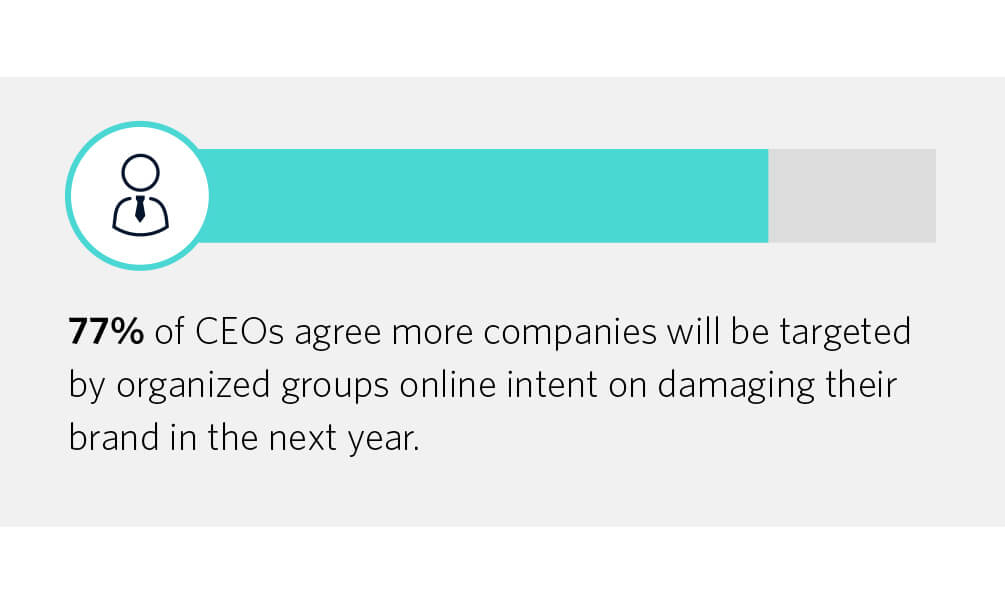 The choice to stay silent or speak out must come from the top down. While more than a third of communications leaders expect their companies to take a public stance on societal issues, they need to prepare for it becoming a potentially transgressive act with steep consequences.

Regardless of the decision to engage or stay silent on societal issues, digital chatter can provide communications teams with the essential risk intelligence needed to mitigate issues inherent in whichever path they choose.

Savvy communications teams are learning the importance of leveraging digital chatter as an asset to protect brand reputation. Whether a brand engages or doesn’t on societal issues, consumers will have an opinion. It’s this digital chatter that can provide essential risk intelligence to mitigate the harm of agenda-driven groups and bad actors intent on inflicting harm.

Brand reputation is more susceptible to risks than ever. What’s more, two-thirds of those in the fashion industry believe the sector is especially vulnerable to these risks, per Willis Towers Watson. Fashion brands can mitigate these risks from doing serious harm to brand reputation with fast, actionable risk intelligence.

Crisp, recently acquired by Kroll, helps fashion companies around the world to mitigate or prevent crises every year. We protect their brands, assets and people from reputational damage, security threats and online harms. Our AI technology has been trained over 17 years to discover and track the risk signals embedded within digital chatter to be the leading expert in fast, actionable risk intelligence.

In fact, a Forrester study conducted on behalf of Crisp found its customers reduced the impact of a crisis by 40 percent, prevented one-in-three crises per year entirely and achieved a 572 percent ROI. Today we protect more than $6.5 trillion in combined market capitalization for over 1,000 brands. Learn more about our Crisis Defense solution here.