The ascent of social media influencers as a marketing tactic for brands has encountered occasional turbulence. Ranging from “It’s a little bumpy, so we’re going to leave the seat belt light on” to “Watch out for falling luggage from the overhead bins!”

Imagine you’re on the marketing team at Microsoft and you just got Oprah—the most influential media magnate of all time—to tweet something nice about your new tablet. And she sends the tweet to her 15 million followers...from her iPad.

Brands waylaid by infamous influencer fails include household names, beauty brands, retailers, and more. It’s an instructive example of reputational risk that can originate from someone closely associated with your brand.

According to Adweek, celebrities Kendall Jenner, Selena Gomez, Taylor Swift, and Cara Delevigne are in the top 2% of social media influencers who are deemed worth $230,000 per post on Facebook, Instagram, and Twitter. Whether a brand chooses to partner with one of these mega-influencers or whether it goes with nano- or micro-influencers with smaller followings, it’s become a common tactic in a smart social media strategy.

Collaborating with social media influencers who resonate with your brand message, create quality content, and engage seamlessly with your ideal customer can help you reach an astonishing number of people online in a short amount of time.

Despite the economic effect of COVID-19, digital marketing and communications teams are keen to adopt influencer-based marketing strategies. Everyone is on the lookout for the next Kim Kardashian to reach their target audiences—even as they work out ways to definitively measure and manage their influencer campaigns. Even while reputational danger lurks behind the next scandal.

Before we turn off the seatbelt light and let you move freely around the internet, let’s look at why influencer marketing works and why it can take brand momentum from exhilaration to exasperation in a matter of hours.

Turns out it’s two sides of the same coin called the Halo Effect.

The Marketing Halo Effect Cuts Both Ways for Brands

The Halo Effect is the idea that if you like one aspect of someone (say a social media influencer), you unconsciously make assumptions about their other traits, even if they’re totally unrelated.

We have a lot on our minds so our cerebrums sometimes cut corners to save resources. We are drawn to information that confirms our preexisting beliefs (confirmation bias) because it’s easier than reconciling a bunch of conflicting data that comes with a truly objective decision.

The Halo Effect makes social media influencers the ultimate shortcut for consumers deciding where to spend their money. Successful influencers position themselves as insiders who are setting the trends and breaking pop culture news. They are very savvy on social media and engage frequently with their followers.

When an influencer uses a brand’s product or service, it comes with a halo of trust. The one-on-one social media interaction with someone they admire or aspire to, makes consumers feel seen and heard, deepening their relationship with the influencer.

The statistics back up this earnest connection. Four out of 10 millennials believe their favorite influencers understand them better than their own friends and family.

Understandably, the influence of advertising is waning, and even celebrities are losing their clout. The perceived closeness and authenticity of brand-associated influencers has 70 percent of teen YouTube subscribers saying they trust influencers over celebrities and advertising.

The Halo Effect can confer adoration upon your brand or it can bring condemnation. Scandalous behavior or an ill-advised post from an influencer can spread worldwide in hours, damaging their brand and sullying an organization’s brand in the process.

THE BEST LAID PLANS OF BRAND AND INFLUENCER RELATIONSHIPS

For Baylor University, a marketing relationship with social media stars Brooklyn and Bailey McKnight was a match made in heaven. The self-proclaimed “big sisters of the internet” are twin influencers with a family-friendly YouTube channel devoted to “all things fun” including vlogs, DIY, fashion, and beauty.” They made a Forbes list as Top Influencers: Kids Edition.

The university and the McKnights agreed on a deal in 2017 before they became freshmen that would pay them to post once or twice per semester to promote the school. Jason Cook, the university's vice president of marketing and communications, told the Dallas Observer that Brooklyn and Bailey were recruited the same as student-athletes.

The payoff was immediate. When the twins announced they would attend Baylor, the school’s Instagram account added 3,000 followers, more than 100 times its daily average. The YouTube video of their college choice garnered more than three million views. Two Instagram posts about Brooklyn and Bailey became the university’s most-liked and most-engaged Instagram posts ever.

In the ensuing years, the McKnights have posted several videos about college experiences at Baylor. They also became macro-influencers with millions of followers on YouTube and millions more on Instagram. Striking out as entrepreneurs, they have created the Brooklyn & Bailey merchandise line, partnered with JCPenney on a clothing brand, and released music.

“Brooklyn and Bailey are really in a league of their own when it comes to college influencers,” said Steve App, business development manager at Campus Sonar, a higher education marketing company. “They have 6.9 million YouTube subscribers. Most college influencers have maybe a couple of hundred thousand.”

That positivity took an unexpected twist in late August when Brooklyn and Bailey both tested positive for COVID-19, less than a week after in-person classes started at Baylor.

“We are aware this is going to raise a lot of questions,” the McKnights announced in an Instagram post that got more than 350,000 likes. “As you guys know, Baylor chose to do some in-person classes as well as some online classes. They have taken every precaution, including mandating masks, requiring students to test negative before coming back to school, and many, many more precautions. It is NOT due to in-person classes that this happened.”

Still, the post was a high-profile black eye for a private school with an undergraduate enrollment of 14,000. The twin sisters’ post came just a day before Baylor announced that 56 students would be quarantined and that the Phi Gamma Delta fraternity was suspended for an off-campus party. Baylor’s online COVID-19 dashboard reported 1,205 total cases on October 23.

Amid online speculation that Baylor had played a role in shaping the twins' Instagram post, journalist Anne Helen Peterson wrote, “Are Brooklyn and Bailey compelled, by [the] administration, to publish this? I’m guessing not. But if they want to continue their brand partnership, what else would you post? The financial relationship between the two compels them to behave as high-profile boosters for the college’s COVID plan, even though these cases would not be proliferating if the university hadn’t brought students back to campus.”

GET THE HALO EFFECT TO WORK FOR YOUR BRAND, NOT AGAINST IT

If your brand chooses to adopt influencer-based marketing as part of your social media strategy, you can’t choose to ignore the Halo Effect. It simply exists, like any of the cognitive biases that influence consumers.

Keep in mind that the C-suite is not immune from the Halo Effect. Given the chance to meet or work with a famous entertainer or athlete, who among us might let our guard down and okay a partnership without setting clear parameters and expectations?

Working with social media influencers can be hit or miss, but if you carefully vet influencers and pay attention to the red flags, your brand can maintain a better batting average and avoid reputational damage. If your brand is in a technical, medical, or scientific space, make sure the influencer is well-versed in the brand and the sector.

Before you team with an influencer, partner with an early-warning risk intelligence expert who can provide real-time monitoring and reporting, plus pre-vetting services prior to engagement. In this case, they can work with you to protect both the reputational value of the brand and the wellbeing of your influencers.

The internet never forgets. You can use this intelligence to track the public social footprint of any prospective influencer or brand ambassador.

As legendary investor Warren Buffet said, “It takes 20 years to build a reputation and five minutes to ruin it. If you think about that, you'll do things differently.” 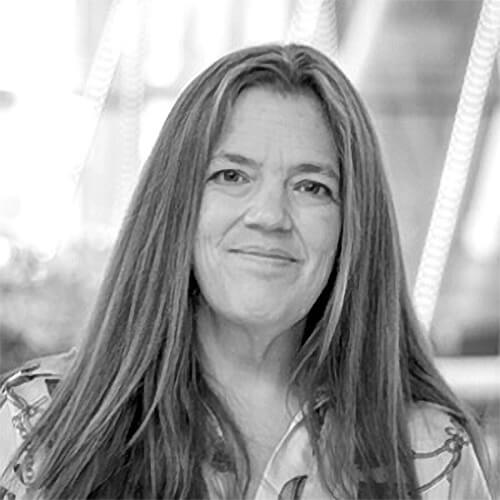 When the Company You Keep Can Put Your Brand at Risk