This September’s Fashion Week was unlike any past extravaganza. From Paris to New York, few houses went through with live, in-person runway shows. Many opted instead to present modified collections virtually, such as Chanel, and some sat out Fashion Week altogether, such as Saint Laurent.

The pandemic may have put a damper on the tradition of people traveling from all over the globe to attend live catwalks in close quarters, but if one thing is perennially true about fashion houses, they’re excellent at innovation. Moschino got creative with a puppet fashion show that was so well executed, it went viral. At the time of this writing, the video has more than 100,000 views on YouTube alone.

Burberry used live-streaming platform Twitch to host a virtual London Fashion Week show—a savvy move that attracted 42,000 concurrent views as fashion lovers tuned in to see Bella Hadid and other celebrity models in real-time. While those views were global, 57% of Twitch watchers are from Asian markets—a critical audience in luxury fashion.

For fashion houses, finding audacious ways to grab the attention of fans and consumers means trying to stand out in a crowded social media milieu. One of the most powerful tactics they can use is working with influencers. This is true for many brands, and it brings with it a specific risk: hatred directed at your valued personalities.

It’s one thing to be bold and risque. It’s quite another to have to deal with online harassment and hatred toward your influencers—both on your brand-owned social media pages and on their own.

Diverse and unusual-looking models are becoming mainstream for fashion brands, but in an incredibly polarized world, these types of influencers tend to attract more hate speech and general nastiness.

The sad truth is that models and other fashion influencers are more at risk of being trolled on social media. The fantasy of the glamorous, easy life most models seem to lead was tarnished recently by one model who boldly spoke out against ”the dark side of modeling.” Her complaints included a barrage of offensive, harassing direct messages and negative comments that have become an unfortunate fact of life for many models.

They can be subjected to racism, sexism, or misogyny. They can receive death threats or expletive-laden comments about their appearance, their faces are put on the bodies of extremists in photos, their physical safety is often threatened—and, in the worst cases, social media accounts pop up with the sole purpose of intimidating, demeaning, or harassing them.

With the rise in wider social movements such as Black Lives Matter and #MeToo, brands are expected to show proactive support for their influencers by moderating comments, speaking out against the instigators, and removing hate speech when it appears.

Influencers also work in tandem with the fashion houses to create content for their own social media platforms versus simply amplifying content. Where a brand used to carefully craft content and work with influencers to provide an extra layer of credibility, an influencer today has their own platform from which to create content around a brand’s campaigns.

This creates a secondary risk—one where a brand’s reputation is reliant on the health of the influencer’s community or when they unintentionally say or do something that wreaks havoc or causes widespread controversy or calls for them to be canceled.

For the teams tasked with monitoring day-to-day brand presence across both owned social media pages and wider-web influencer domains, and protecting the safety and wellbeing of its influencers, it’s not an easy job. In an already hectic year, when nothing is as it once was, the front-line defenders of the brand are under a lot of pressure.

In the case of Fashion Week, when often the livestream was the show, social media, communications, and security teams had to be alert and ready. They were tasked not just with timely posting and keeping a watchful eye on potential threats, but with reviewing all the commentary as it flowed in on live posts in real-time.

Brands cannot risk harmful content distracting their hard-won consumers or the health and wellbeing of their influencers amidst their expensive-to-produce, never-before-executed digital creative efforts. In this type of situation, real-time monitoring and reporting cannot be overvalued.

With an early-warning risk intelligence solution, communications, digital, and security teams can work in tandem to both protect reputational value and the wellbeing of your influential partners. 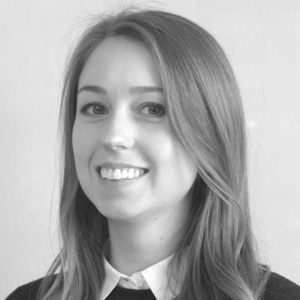 Sophie is the Head of Output & Consultant at Crisp. With a background in all things digital, her focus is on working with global brands and platforms to shape their service to detect a wide range of harmful social content, ensuring they're first to know about real-time emerging PR issues, misinformation, and online security threats.