The latest moment of truth for brands on social media has intensified around financial service companies, with consumers threatening to cancel their cards, after Tuesday night’s U.S. presidential debate.

When asked by moderator, Chris Wallace, whether he would condemn white supremacists, Trump replied, “Sure, I’m willing to do that...Proud Boys, stand back and stand by.”

The organization quickly embraced his comments and turned his words into a logo that was added to their online apparel store almost instantaneously.

As they were doing that, Sleeping Giants, a campaign that purports to “make bigotry and sexism less profitable,” got to work on their own mission. The first place they looked was the online store, where they found the logos of three financial services companies featured prominently under the new apparel.

Sleeping Giants simply called each of them out by tagging them and saying, “.@visa ⁦@Mastercard⁩ ⁦@AskAmex⁩ why are you processing payments for the Proud Boys online store?” with the goal of getting their attention.

.@visa ⁦@Mastercard⁩ ⁦@AskAmex⁩ why are you processing payments for the Proud Boys online store? pic.twitter.com/xB09uVrUPv

This created a firestorm of tweets from social media users asking the three brands to stop processing payments for the website. Some even went as far as to say they would cancel all of their credit cards if they didn’t take swift action and others said they were grateful they weren’t already customers.

This all happened in the middle of the night—1:42 a.m. ET, to be exact, which has become a warning for all enterprises that social media never sleeps.

Stay Alert to Risks that Allow Your Brand
to Be Hijacked

The incident has shown how easy it is to inadvertently get entangled with extremists, either through apparel or products or, in this case, simply by processing payments. In recent years, this movement has claimed more than a dozen brands, products, and celebrities as its own—to the dismay of those tarnished by it.

Just a mere three hours after Tuesday night’s debate was complete, Sleeping Giants had created a furor for any organization that is seen as supporting a white supremacy group—inadvertently or not.

This exhibits a danger to enterprises having to negotiate the politically-charged culture that has divided the country. If you do business in America, you can no longer keep a low profile when it comes to these polarizing issues. This means preemptively stating your position and staying alert to any risks that might allow you to be hijacked.

Talking to the Washington Post, Heide Gardner, chief diversity and inclusion officer at IPG, said, "Companies need to take a public stand on issues that are affecting consumers in advance of being co-opted. Brands need to build a certain level of sophistication around racial issues."

Real-time Alerts Prepare You for the Unexpected

That certain level of sophistication includes the ability to monitor social media 24/7/365. Brands caught off guard in this fashion are the victim, but failing to be prepared is no longer excusable. Today, every enterprise has the opportunity to detect and respond to issues in real-time, be it during business hours or in the middle of the night.

In the case of the debate, one financial services company, in particular, that got ensnared in the frenzy of the President’s comments could have benefited from real-time detection of threats to their brand.

With high-priority alerting of these incidents, you can be better prepared with a rapid response, no matter the time of day or night. When you can identify the instigators who have entangled your brand with their extremist message or the influencers who have alerted you to your unwittingly involvement, you can avoid an escalating threat of boycott whenever it happens.

Your charge, as a protector of the brand, necessitates the ability to not just mitigate reputational risk, but to anticipate it. This means being aware of when and how the brand might accidentally become embroiled in a scandal not of your own doing. Sadly, with 33 days left until the election, this isn’t the last time something like this will happen. 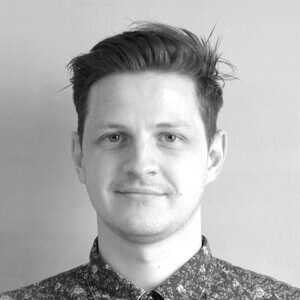 Someone Wants to Kill Your Brand. Just for the Fun of It.

Your Brand Is at Risk and Everyone Is Watching

Five Predictions for Brand Communications in 2021