Protect against short squeezes and other coordinated efforts

In a move that has now made U.S. national news and gotten the attention of Congress, WallStreetBets, an online agenda-driven group, coordinated purchases that drove up the price of GameStop stock, some 2,000% in less than 30 days. They didn’t stop there, though. They also short squeezed AMC, BlackBerry, and Tootsie Roll, among others.

These “meme stocks”—a stock in which the interest is as much cultural or social as it is financial—are part of a massive short squeeze coordination by a small group of actors who hide in plain sight. Their recent actions have turned the financial industry upside down and prompted many to ask, who’s next?

Despite all the talk about Big Tech, Reddit, known as the front page of the internet, has stayed relatively out of the spotlight. It has 330 million monthly active users—more than LinkedIn, Snapchat, and Pinterest—yet it’s often overlooked by news media, organizations, and brands. Not anymore.

This week’s events have served as a reminder of how important it is to understand the actors behind these digital conversations and discover the hidden connections they leave across the social and Deep and Dark Web, which are the only sure way to detect these serious risks to an organization’s financial condition. 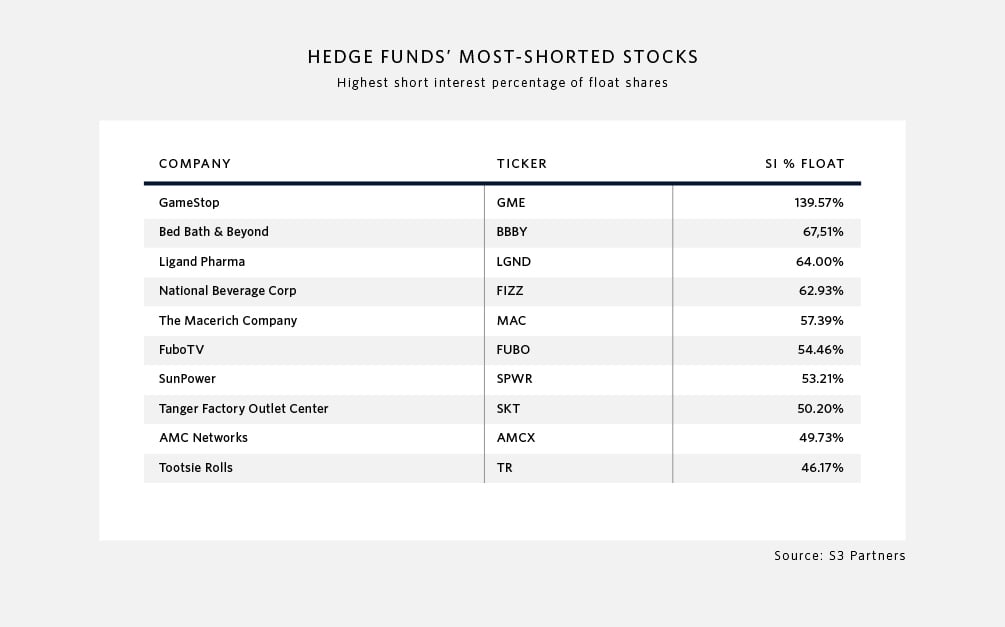 The “Elon Effect”: How influencers can fan the flames

Today anyone can create inauthentic, illegal, or harmful content that intentionally or inadvertently damages an organization. What makes the digital conversation around this short squeeze even more complicated is that, like most actors, these users genuinely believed they were acting in the best interests of the “little guys.”

And WallStreetBets hasn’t just created havoc for the financial industry. According to a Google Trends report, they currently drive more than 30% of the online news and social media conversations. This was further influenced by what some affectionately refer to as the “Elon effect.” This is when Elon Musk adds his voice to the conversation and amplifies it. For that reason alone, it has become impossible to overlook Reddit, as well as the other alt-tech platforms.

While this particular example likely doesn’t directly affect your organization, it has had massive implications across the financial industry. This will likely create consternation in the months ahead for publicly traded companies and the third parties that service them. If this was once an unknown risk, it is now top-of-mind for general counsel, risk, communications, financial, and investment leaders.

Use early-warning risk intelligence to protect against a short squeeze

Today’s short squeeze is tomorrow’s risk to your organization’s brand, people, or assets. It’s further evidence that the risk landscape has been dramatically accelerated by digital conversations, and the consequences can be severe.

However, by gaining an early-warning advantage on issues emerging online, organizations can stay one step ahead of the actors intent on doing harm to their reputation, operations, or financial condition.

To do this, it requires intelligence on the groups and individuals coordinating, often in closed social channels, 24/7/365. And the ability to uncover and interpret the hidden connections between these actors and the channels they communicate within.

Talk with a Crisp expert today about how to protect your enterprise with early-warning risk intelligence so you can be the first to know and act.